The Leonard Bowl is here: The top 5 games so far in the SHG-Rochester football series 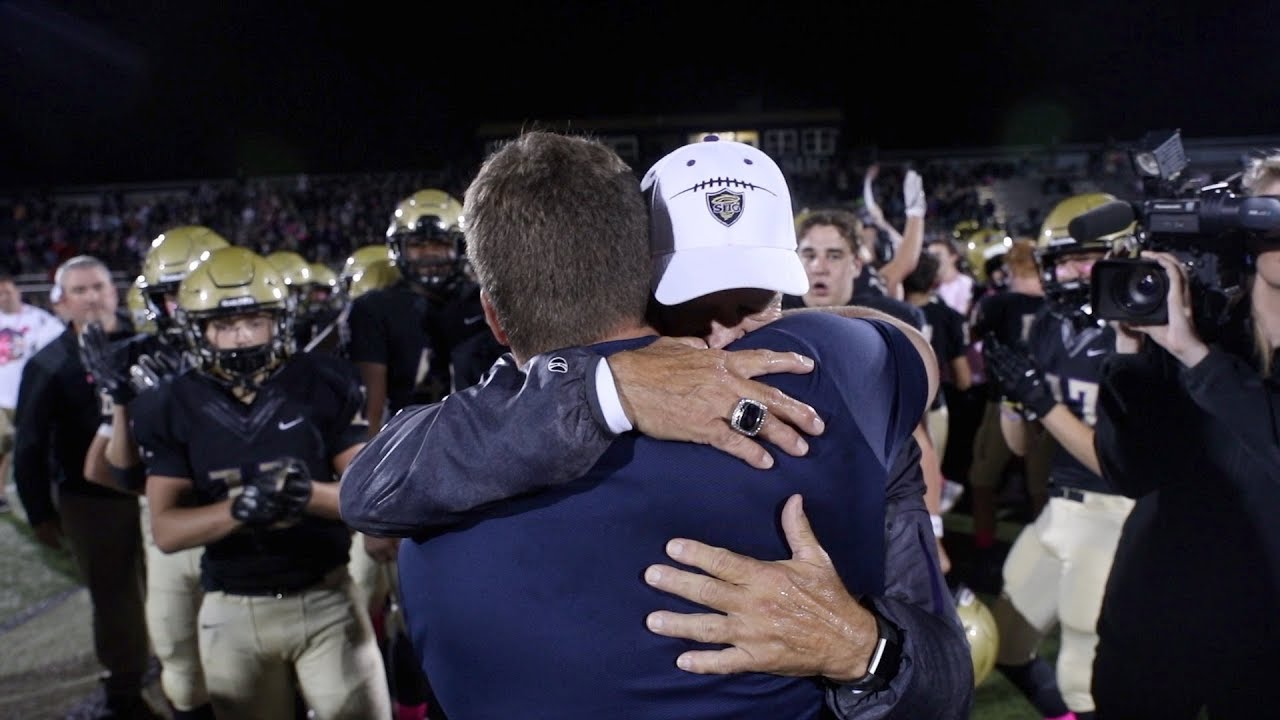 For one week a year since 2010 — not including a 2019 Class 5A third-round playoff meeting — Derek’s Rockets and Ken’s Cyclones have met to determine supremacy in the Central State Eight Conference and in the Leonard family.

In the 12 meetings since Rochester joined the CS8, SHG has eight wins — including Rochester’s 38-33 win in 2013 which was ultimately forfeited after the IHSA ruled the Rockets used three ineligible players.

The 12th regular season meeting, and 13th overall, is scheduled for 7 p.m. Friday at Rocket Booster Stadium in Rochester. SHG is 2-0 with easy wins over Lanphier and Southeast, while Rochester is 1-1 after a 56-7 loss to Wilmette Loyola Academy on Saturday.

Let’s take a look at the top five games in Leonard Bowl history, listed by date.

We said we were going to rank these by date, and yet perhaps the best game played in this series is still No. 1.

While Rochester was good in the Corn Belt Conference, Mahomet-Seymour, Bloomington Central Catholic and Fairbury Prairie Central were not SHG, Chatham Glenwood, Springfield High or Jacksonville. Some prognosticators, even one at this news outlet, didn’t think Rochester’s chances of making the playoffs out of the CS8 were very good.

Rochester opened their first CS8 campaign with wins over Lincoln, Jacksonville and nonconference Jerseyville before a Week 4 meeting with the unbeaten Cyclones. SHG seemed invincible while riding a 59-game conference win streak which dated back to Oct. 12, 2001. And though Jacksonville stunned SHG in a playoff game in 2004, the league streak continued.

Rockets’ linebacker Jon Gilson deflected a pass to a wide-open SHG receiver with 41.4 seconds left on fourth-and-4 from the RHS 18 to preserve the victory and entrench this game annually in the must-watch category.

With the series tied 1-1 after an SHG 42-14 victory in 2011, the Cyclones’ Eric Brydl made two defensive gems as SHG stormed back while remnants of Hurricane Isaac soaked everything in its path that night.

With the Rockets leading 20-14 early in the second half, Brydl stripped Rochester running back Drake Berberet at the 1 to prevent the Rockets from taking a two-score lead. Then with time running out, Brydl intercepted Rochester quarterback Austin Green near midfield to seal the victory.

Rochester led 38-21 with 9 minutes, 11 seconds left, but Green helped get SHG back into contention late.

In Week 8, the IHSA ruled that a non-school-sanctioned booster group at Rochester High School — Football Moms — decided to pay for state championship rings for three players who were unable to purchase them following last year’s 4A state title. Each ring cost $457, which exceeded the $200-per-ring contribution limit allowed by IHSA. A routine audit of Football Moms’ books brought the purchases to light, and the school district immediately notified IHSA of the violation — something many schools probably wouldn’t have done because of the potential repercussions.

Ken Leonard became the winningest coach in Illinois history with win No. 375. He currently sits at 395 wins and could become the first coach to reach No. 400 this season.

In the regular-season meeting, Rochester throttled SHG 56-21 in Week 5. The Cyclones were better prepared come playoffs, and the Rockets were in Class 5A for the first time after winning seven Class 4A state championships since 2010.

2021 preview:Rochester ... and then who? A look at the Central State Eight Conference football race

At halftime, the teams were tied and the Cyclones had outgained Rochester 274-203.

The Rockets scored on their first four possessions of the second half but SHG kept up and kept it tied 35-35 at the end of three quarters. Rochester punched in two more TDs to win the first — and so far the only — Leonard Bowl in the postseason.